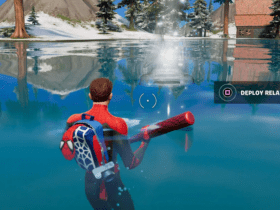 If you’re one of those numerous gamers who enjoy playing Call of Duty Warzone, surely you know already that Season 3 of the famous free battle royale game has already become available.

But it’s not only good news regarding Season 3, although there are plenty of benefits that the update brought. For instance, the snipers have been through some changes that will surely not delight everyone. They are significantly less powerful now.

Snipers have received a MAJOR change with the Season 3 update for #Warzone.

Season 3 of Call of Duty: Warzone was released on April 27. What it brings new? Well, a lot!

For instance, if you like spending time around fortifications surrounding the Peak, it’s good to know that there are new sites to explore in that area. There’s a new Gulag located on a ship off the coast of Caldera, the Lagoon will reveal for the players a new way to head over to the lighthouse, and the examples could continue.

Some might say that you can’t possibly complain about not having enough weapons in Call of Duty Warzone since the arsenal is pretty generous. But the thing is in such military games that new additions can always be beneficial. Although there were a lot of weapons available already to choose from, four new ‘toys’ are added in Season 3:

Check out a presentation from the game’s official website:

A dark cloud looms over Caldera… A storm is coming. Battle after battle has turned the once-lush island into a shadow of its former self, and several locations along the shorelines and around the peak of the island now appear mysteriously flattened. Something is coming — something big.

Do you have what it takes to join the action in Season 3 of Call of Duty Warzone?