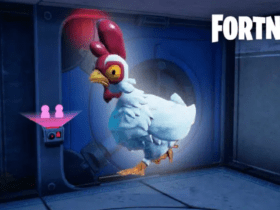 Apple has promoted the iPad Pro as a laptop replacement for quite a while, and, according to your needs, they may actually fulfil that promise.

What about Android fans, though? The new Samsung Galaxy Tab S7 may finally provide a reliable alternative to a laptop.

However, we can’t help but wonder which are the main differences between the two brands? Which one has the best bang for your buck?

In terms of design, the S7 looks sleek – its chassis and back are constructed of aluminium, and there is a little camera stack and a magnetic strip for the S-Pen on the upper-left region.

It has a quad-speaker setup customized by AKG, and it is available in silver, bronze, and black. It has an 11-inch LTPS TFT display with a variable refresh rate that can reach 120Hz. The display resolution is 2560 by 1600 pixels. The S7+ has a 12.9-inch Super AMOLED display, 120Hz refresh rate, an in-display fingerprint sensor. The resolution is 2,800 by 1,752 pixels.

The iPad looks very similar. It also has an aluminium frame and quad-speaker setup.


It is available in silver or grey. Both iPad Pro versions have LCD screens with True Tone technology, a wide colour gamut, and a refresh rate of 120Hz.

Both device lineups have fantastic build quality and delightful displays.

In terms of connectivity, the S7 looks like a winner. It has a 5G-connected version on top of the Wi-Fi and LTE models. Samsung hasn’t yet provided precise details regarding the 5G connectivity, but it will probably vary according to carrier and location.

Apple offers both LTE and Wi-Fi versions of the iPad Pro. The LTE variant works on all major US carriers, and there is an E-SIM variant for international travellers.

The Galaxy Tab S7’s 5G connection is vital – particularly for T-mobile customers. Though both devices feature impressive LTE speeds in decent conditions, 5G is nice to have, so this category’s winner is undoubtedly the Galaxy Tab S7.

In terms of processors, the Galaxy Tab S7 is powered by a Snapdragon 865+ chipset, paired with 6GB of RAM and 128GB of storage or 8GB of RAM 256GB of storage. Both versions’ storage can be expanded with the help of a microSD card (up to 1TB).

Though Samsung’s chipset is more than enough for most users, Apple’s chip is simply superior in all ways.

The choice is up to you – Do you need the connectivity of the S7, or do you fancy the iPad’s sheer capabilities?