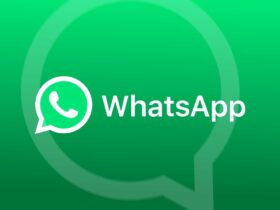 WhatsApp Tips – How To Make Video Calls On Your Computer!

Probably the main reason why you should buy a Samsung phone remains that the South Korean giant assures the latest software updates for at least a few years. Since Google released Android 13 in stable form back in August, it was just a matter of time until the update would land on Samsung phones.

While the presence of the first 6 models on the list doesn’t astonish anybody, we are pleasantly surprised by the fact that Samsung also thought of bringing the update to the Galaxy A53 model as well. This latter phone is a mid-range device that’s worth only about $316, and it was released back in March. Judging by the fact that the Samsung Galaxy A53 phone comes equipped with Android 12-based One UI 4.1 out of the box, the update to Android 13 is not so surprising after all. But we weren’t expecting it to happen this year.

Samsung Galaxy S22 is the main flagship of the South Korean tech giant, and it’s often being compared to the new iPhone 14 from Apple that came out a few weeks ago. You can also check out our “iPhone 14 Pro Max vs. Samsung Galaxy S22 Ultra Drop Test: Which One Will Win?” article that was posted yesterday.

Android 13 brings new capabilities such as extending app color theming to more apps, improved privacy controls, the ability to copy media from one Android device to another with just one click, and more.