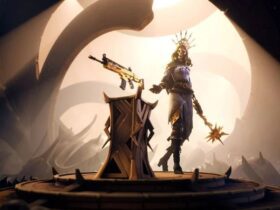 Find Now Orelia in Fortnite and Discover Her Story

The PlayStation 5 (PS5) console remains one of the best gaming machines that money can buy. It was only a matter of time until people started looking for a way to jailbreak the console. You must be aware that altering or jailbreaking your PlayStation console in any way will result in a ban from the PlayStation Network. You will no longer be able to play games online.

Pirating PlayStation games is illegal, which means that it’s certainly not a good idea to jailbreak your console. This article is made only for the sake of documentation.

No jailbreak for PS5 is publicly available yet

At this point, there’s no jailbreak for the PS5 console that was made available publicly. This is indeed surprising, considering that Sony’s gaming machine has been available on the market for almost two years already. In a previous article posted by our publication, it was anticipated that a jailbreak for both PS4 and PS5 consoles is still years away.

Wololo.net reveals that some hackers have made some progress with gaining access to the inner functionality of the PS5 console. This could mean that a jailbreak might arrive in the near future. For instance, a hacking group known as FailOverflow revealed that they had full kernel access to the console and its decryption keys.

TheFlow, which is famous for a lot of hacks and tools when it comes to other consoles of Sony, has gained access to PlayStation 5’s Debug Settings.

In the end, a PlayStation 5 console can offer you one of the best gaming experiences possible, and quitting it cold turkey as soon as you become addicted to it is pretty much impossible. PS5 offers a faster SSD compared to the PS4, backward compatibility, and a lot more. There’s no need to try to jailbreak the PS5 console.