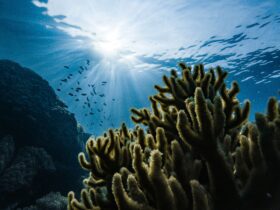 Monkeypox represents the latest concern of doctors, as the viral disease is causing more and more cases of infections across the world. More than 1,000 infections across 29 countries have been reported to the WHO so far.

Mainly, it was thought that monkeypox could spread from person to person through close contact or by touching contaminated surfaces. The disease can cause fever, headaches, chills, fatigue, and even death in some relatively rare cases. But now, the problem of possible airborne transmission of monkeypox is being raised, and we hope to get a definitive answer from experts soon enough.

The CDC says ‘no’

The Centers for Disease Control and Prevention (CDC) brings the good news that it’s not possible for monkeypox to be spread airborne. But even so, some who are experts on the issue of airborne transmission of viruses indicated the possibility that the CDC might be wrong, as Yahoo.com reveals.

An objection says that the CDC didn’t fully consider the potential of respiratory droplets to get into another person’s body while being ejected by the infected person from a short distance.

Airborne transmission may not be the dominant route of transmission, nor very efficient, but it could still occur,

I think the WHO has it right, and the CDC’s message is misleading.

Here’s what Rochelle Walensky said, the Director of the Centers for Disease Control and Prevention (CDC), as the same source quotes:

What we do know is that those diagnosed with monkeypox in this current outbreak described close, sustained physical contact with other people who were infected with the virus,

This is consistent with what we’ve seen in prior outbreaks and what we know from decades of studying this virus and closely related viruses.

Among the roughly 1,000 cases of monkeypox reported so far, there’s no information of any deaths.