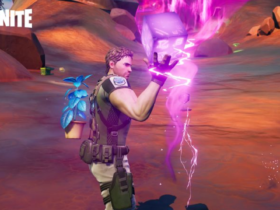 Shadow Stone Locations Revealed in Fortnite Season 8: How to Phase Near a Player

The notorious gaming platform Steam is known for offering numerous free-to-play games. Many titles aren’t free, but even so, a person who’s not willing to reach for a credit card can also enjoy a huge amount of games at no charge.

If you’re into action RPGs, surely you’ve heard about the ‘Elder Scrolls’ series. It started out way back in 1994, and it marked the beginning of a very successful series. The last Elder Scrolls game was released in 2017, but we all know that in general, nothing beats the roots.

Bethesda Softworks adds three games that are FREE on Steam

If you’re eager to run the first two Elder Scrolls games for free or the 2003 title Wolfenstein: Enemy Territory, it’s worth knowing that you now have that chance via Steam! The announcement comes from Bethesda itself, the publisher of those games.

Feeling nostalgic? We've just added some of our older titles to Steam.

Released in 1996, Elder Scrolls: Daggerfall brings back a lot of memories for many gamers. Here’s how its official Steam page describes it:

The ancient golem Numidium, a powerful weapon once used by the great Tiber Septim to unify Tamriel, has been found in Iliac Bay. In the power struggle that follows, the King of Daggerfall is murdered and his spirit haunts the kingdom. The Emperor Uriel Septim VII sends his champion to the province of High Rock to put the king’s spirit to rest and ensure that the golem does not fall into the wrong hands.

The graphics are indeed obsolete compared to the standard of nowadays, but the game is indeed still worth playing if you’re an Elder Scrolls fan. The system requirements will surely make you laugh, as only 8MB of RAM and 25MB of storage space are needed.

The other two games have similar system requirements, and that can only make us worry less.