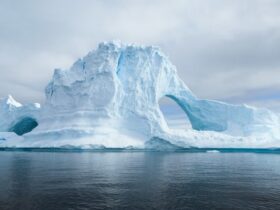 If you’re also looking for a fun game to play without having to reach out for that credit card, we don’t blame you. We’ve all been there. We suggest you give World of Tanks (WOT) a try. It’s an immersive MMO that can guarantee you a lot of fun gameplay.

It doesn’t matter if you’re a fan of WWII tanks or not. World of Tanks still has the potential to make you addicted to it. But regardless of how great a game is, you still need some help from the exterior to figure out how to behave in the game itself. In this case, World of Tanks offers a wide range of different tanks to choose from, each of them having its own traits: different levels of mobility, concealment, survivability, firepower, and spotting.

Therefore, which one of the tanks can you choose? Luckily, the tier list of a Reddit user can sure come in handy for many WOT players:

We sure cannot complain about the lack of diversity when it comes to the tier list exposed above. The Progetto 65 tank would have deserved to be a row up in our view. Leopard 1 is another fan favorite, and we were expecting this tank to be placed in the A+ tier. As for the rest, it’s up to you to leave your thoughts in the comment section!

If you head over to the official website of the game, you’ll find out some exciting aspects from the description:

World of Tanks puts you in command of over 600 war machines from the mid-20th century. Test your mettle against players from around the world with the ultimate war machines of the era. Command everything from legendary Shermans, Churchills, Tigers, and T-34s—each with a rich battlefield history—to vehicles that boasted feats of engineering design but never reached the production line.