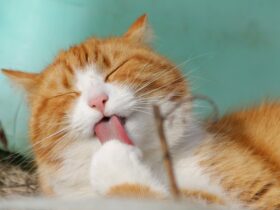 Cats’ Genome Should Be Used Much More for Scientific Research, Says a New Study

Last but not least, the last week of April brought us some cool, unexpected, and quite fantastic movie titles and TV shows, according to JustWatch.

For example, let’s take Better Call Saul, which welcomed a new season not a long time ago and succeeded in grabbing the first place in the streaming charts. The best part is that Yellowstone has made a huge comeback, landing in the second place.

The list goes on with the second season of The Flight Attendant, the thrilling new limited series, Anatomy of a Scandal, and after such a long wait, a new season for Russian Doll, too! How cool is that?

Killing Eve has landed in the eighth place, followed by Moon Knight and Annika.

As for the top 10 movies, we’ve got The Batman, even better, even more cooler if that’s possible, in the first place. The movie stars two of our beloved actors, Robert Pattinson and Zoë Kravitz, which is a must-watch!

Spider-Man: No Way Home has reached the second position, followed by X in fourth, Sing 2 in the sixth, and after several weeks of stealing the spotlight, Licorice has reached the eighth position.

Other titles include the supernatural horror 2015 movie The Witch, and The Lighthouse, starring Willem Dafoe and Robert Pattinson.