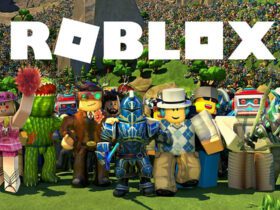 The Wolfenstein series is practically the one that gave birth to the FPS gaming genre. The 2014 title “Wolfenstein: The New Order” meant an interesting addition to the series, with strong graphics that required at least an Intel Core i7 processor.

The game is now free of charge via the Epic Games Store. Although Wolfenstein: The New Order was made available for a wide range of platforms (PlayStation 4, Xbox One, IBM PC compatible, Xbox 360, PlayStation 3, and PC), only those who run their gaming on PC can benefit from the offer.

The promotion expires on June 9

If you want to get your free share of Wolfenstein: The New Order for PC, you’ll need to act fast and grab the game from the Epic Games Store by June 9. The promotion lasts for a week, as it started on June 2. The reason for the offer might be the game’s 8th birthday.

Bethesda, meaning the publisher of The New Order, brings the big announcement itself, so there’s no room for any misinterpretation:

Claim #Wolfenstein: The New Order FREE from June 2 to June 9 on the @EpicGames Store! pic.twitter.com/hqBbCH5kgv

By comparison, Wolfenstein: The New Order costs 19.99 euros on Steam for the standard version of the game, where’s it’s described as follows:

Wolfenstein®: The New Order reignites the series that created the first-person shooter genre. Developed by MachineGames, a studio comprised of a seasoned group of developers recognized for their work creating story-driven games, Wolfenstein offers a deep game narrative packed with action, adventure and first-person combat.

As for the Steam offer, you can also grab “The Two Pack” package for 29.99 euros. The “Alt History Collection” bundle would also be an interesting purchase, as you can get it for 64.74 euros.

Regardless of the way you might want to get Wolfenstein: The New Order, it’s also important to keep in mind that the game will occupy 50GB of storage space on your hard/solid-state drive.