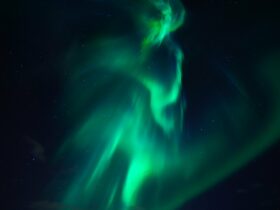 We knew since last month that Dyspo, the light-speed fast fighter from Universe 11, will be included in Dragon Ball Xenoverse 2 along with a new DLC. As we’ve promised you, we’re bringing new important info on the subject!

The Tournament of Power from Dragon Ball Super introduced many powerful and unique characters to the franchise, and one of them is Dyspo. That arc is a great exploitation material for Dragon Ball-related video game developers, as they can introduce many of those characters in their creations.

Without having a precise release date, we know that Dyspo is coming to Dragon Ball Xenoverse 2 at some point this summer. He’ll not represent the only major addition in the new DLC. The new “Extra Mission” DLC will also include the “Revival of the Demon Realm,” having Dabura in the spotlight.

If you don’t remember who Dabura is, he’s the king of the Demon Realm himself. He was introduced in the Majin Buu Saga of Dragon Ball Z, and Gohan had a tough time battling him. The Dabura demon has the unique ability to turn his foes into stone if he spits on them.

As for Dyspo’s performance in the anime, he gave both Frieza and Gohan a hard time in the Tournament of Power. Goku’s son had no other choice but to sacrifice himself in order to eliminate the Universe 11 member from the tournament. Dyspo may have an amusing appearance that doesn’t let many take him seriously, but he possesses some unique fighting skills. And last but not least, he’s coming from the same Universe as Jiren and Toppo do.