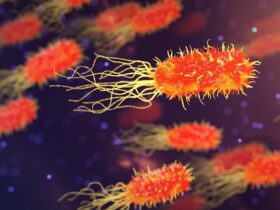 Researchers Uncover How Bacteria Swim Through The Human Body

Windows Insiders on the Dev channel will be getting a fresh, very substantial release from Microsoft before the week is over. After a two-week hiatus, Windows 11 build 25247 is now available, and it brings with it a number of fixes and enhancements that were previously only available through the Beta and Release Preview channels. On the other hand, there are some completely novel aspects.

To kick things off with something brand new, this version introduces an entirely new search interface. If you’re unfamiliar with the term, “recommended actions” are pop-ups that appear when you copy text and typically include options like “Call this number with Teams” or “Add this date as an event in Outlook” As of late, it’s been made easier to look for previously copied content. However, some users may find it less convenient that the search would be conducted on Microsoft Edge. At the outset, this suggested action, like most others, is restricted to users in the United States.

The Start menu also received an overhaul in this version. The Recommended section will now have actual recommendations, such as links to relevant websites. It’s been announced that Microsoft would begin advertising well-liked local websites on the Start menu, making them easier to visit. To begin with, only a select group of Insiders will see this, and those who aren’t interested will have the option to disable recommendations completely.

To further address customer requests, Microsoft has included a little clock in the lower right corner of the taskbar that displays the current time down to the second. Windows 11 included a few third-party utilities for adding extra seconds to the clock, which may indicate that this was a feature that many people overlooked.