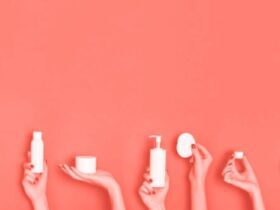 Should You Add Hydroquinone to Your Skin Care Routine – Dermatologists Explain

It seems that we might be one step closer to finding out more about the real shape of the Universe. Japanese astronomers have come up with new artificial intelligence (AI) technique in order to remove noise from the astronomical data. After plenty of research, training and testing on data created by supercomputer simulations, they have decided to take it to the next level: they applied their new invention to actual data from Japan’s Subaru Telescope. They’ve learned that the mass distribution that came with this method is actually consistent with the current data.

This survey data can be used to study the large-scale structure of the Universe, by using measurements of gravitational lensing patterns. When it comes to gravitational leasing, the gravity of a close object — a cluster of galaxies, for example — can change the image of a background object — like a more distant galaxy. A large-scale structure — made out of dark matter, for the most part — can change the shape of distant galaxies. However, the lensing effect is very subtle.

Why isn’t the technique perfect?

This technique is good to a certain point: some galaxies don’t have normal forms, but rather some rather strange forms. It is very difficult to differentiate between a changed image of a galaxy by gravitational lensing and a galaxy that is actually distorted. Astronomers refer to it as “shape noise“, and it is a factor that does not help with studying the structure of the Universe.

So how are they doing it?

Japanese astronomers firstly used ATERUI II in order to make 25,000 mock galaxies, based on real data from the Subaru Telescope. Then, they add realist noises and train the AU to recover the lensing dark matter from the mock galaxies.