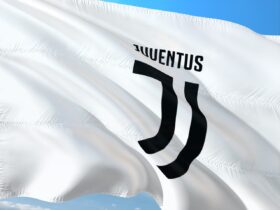 FIFA 23 Brings Back Juventus Torino to the Squad Roster

GTA V was released more than seven years ago, and fans of the franchise eagerly await a new entry to the GTA series.

Though there is no official news on the subject, there are numerous rumours regarding the release date of GTA 6.

Grand Theft Auto (GTA) is by far the most popular franchise of Rockstar Games. It debuted in 1997, and it got increasingly better with each new title.

The latest rumour on the subject says that GTA 6 will be introduced in late 2023. It comes from insider ViewerAnon via Dexerto.

ViewerAnon tweeted that the game’s internally planned release date is 2023, as of supposedly 2020, but, in another post, he stated that Rockstar is “not going to announce GTA VI before GTA V’s next-gen upgrade is released.”

Therefore, no trailers, announcements or official comments have been posted by the game’s developer.

Even if it will be launched in 2023, that is still ten years after the launch of GTAV, which is a decade!

However, the next-gen port of GTA V will be launched this year, which means that there is a chance to see some official news or even a trailer about GTA 6 this year or maybe in 2022.

We wish that GTA 6 would be launched sooner, but we also understand Rockstar’s plan to monetize GTA V to the absolute maximum. Stay tuned for more news on the subject!