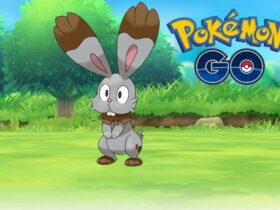 Meta once again helps WhatsApp users feel more safe and comfortable! If your mother or spouse dares to nag you about staying online late at night constantly, or your friends want more explanations for why you decided to leave a certain group, a new update for the instant-messaging app finally has you covered!

Let’s admit it: we’ve all been into the ‘ignoring our friends’ business at some point. People become very frustrating once they want too much attention from you. According to The Verge, WhatsApp is now rolling out two new features that were extremely needed: the one that allows you to leave groups without letting everyone notified and the one that lets you hide your ‘Last seen’ status from a specific contact in your list.

While some would still say that the feature for the ‘Last seen’ status wasn’t exactly necessary, perhaps we can all agree that a whole group getting notified about a person deciding to leave was pretty annoying. Anybody has the right to leave a WhatsApp group without further explanation as soon as they don’t feel good there anymore. Let’s suppose a group you participate in after you’ve been invited by your friends turned out to be based on a completely different topic than the presentation said. Surely the most obvious step is to leave, but getting into a conflict with other members of the group, who are your friends, is the last thing you need. That’s where WhatsApp’s new feature comes in handy!

We’re expecting that the new update will reach everybody in the following weeks. While it’s already rolling out, it may take a while to reach all users of the app. Let’s not forget that there are a lot of people out there who use WhatsApp: two billion souls, meaning a quarter of the world population!