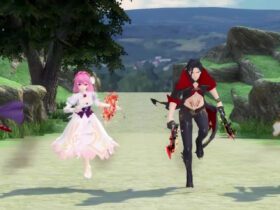 Tales of Crestoria Coming To An End In 2022

Cats may be the cutest creatures in the whole Multiverse, but they can surely give you the creeps in GSC Game World’s upcoming survival game S.T.A.L.K.E.R. 2: Heart of Chornobyl. As you’ve perhaps already guessed from the title, the player will have to make it through an area full of dangerous situations, including many deadly anomalies.

People celebrate International Cat Day every year on August 8, but the guys from GSC Game World had their own unique way of doing it. They revealed the ‘Bayun’ mutant cat, one that we can expect to see in the upcoming game. It’s an evil creature that features an ability to mimic human sounds and speech, and it also possesses a frightening appearance due to its rotting skin.

According to Windows Central, the Bayun is based on a creature from Russian folklore that was able to cure diseases, tell stories, or even put humans to sleep to eat or rob them.

The official Steam page of S.T.A.L.K.E.R. 2: Heart of Chornobyl teaches us more:

Chornobyl Exclusion Zone has changed dramatically after the second massive explosion in year 2006. Violent mutants, deadly anomalies, warring factions have made the Zone a very tough place to survive. Nevertheless, artifacts of unbelievable value attracted many people called S.T.A.L.K.E.R.s, who entered the Zone for their own risk striving to make a fortune out of it or even to find the Truth concealed in the Heart of Chornobyl.

Steam also reveals that the game will have a huge download size: 150GB.

S.T.A.L.K.E.R. 2: Heart of Chornobyl is set to release at some point in 2023. GSC Game World has its headquarters in Ukraine, so the developers were forced to interrupt their work at the game because of the ongoing war in their country.

S.T.A.L.K.E.R. 2: Heart of Chornobyl will be available for Xbox consoles and PC.