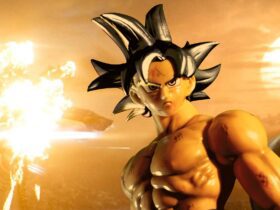 Planet 9 has stirred quite the buzz back in 2016. Astronomers discovered it just at the far edges of our solar system, beyond Neptune.Â

Recently, researchers have found no proof of trans-Neptunian cosmic feature clustering as part of an attempt to deny the idea of the existence of Planet 9. So, what is really happening with “our neighbor?” A new paper tries now to explain everything.

Planet 9 Starts to Diminish: What to Expect

An international team of researchers got pretty disappointed when they found no piece of evidence of the infamous Planet 9.Â

More data offered the much-awaited answers, and researchers concluded: the possibility of the clustering was just 0.007 % coincidence. That brought more in-depth observations.

Planet 9: one of the most mysterious cosmic features

Researchers even came up with a way to calculate the planet’s size. However, the results show us a new perspective, putting Planet 9 in, well, not the spotlight, for sure.

According to new observations, the team claims that the special clustering was not that impressive as previously thought. So, it’s Planet 9, just an illusion?

Apparently, that unique process was due to natural bias implicit in the way that trans-Neptunian are observed. And because they are incredibly far away, they can only be spotted when they’re close to the Sun.

Also, to detect them with a space telescope, we must aim at a specific part of the sky on a particular day, which introduces bias.

Finally, the team explained how Planet 9 started to diminish due to planetary influence. Such a thing doesn’t dismiss the planet’s existence, but it does make it less likely.

More data about the curious case of Planet 9 will be soon available.