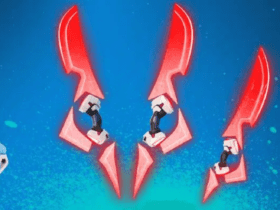 All Fortnite Omni Chips Locations: How to Upgrade the Omni Sword

Ming-Chi Kuo has reported that Apple has canceled the iPhone SE 4 by instructing its suppliers to stop manufacturing the device. A new iPhone SE generation has been rumored to be delayed or scrapped. This cancellation may be reversed in the future, but for the time being, Apple has no plans to release a new smartphone in the middle price bracket. This has delayed the release of the iPhone SE, where Apple was expected to introduce its own baseband processor.

This would have been the first iPhone to employ Apple’s custom-built baseband processor, which had been slated for inclusion in the iPhone SE 4. It was speculated that Apple planned to use its own processor in the iPhone 16 series after successful testing in the iPhone 15. Now that the iPhone SE 4 doesn’t seem to be happening, Qualcomm may once again become Apple’s primary supplier of baseband processors. Despite earlier predictions that Qualcomm would suffer as a result of Apple’s switch to its own baseband technology, the company is now in a far better position to thrive over the next several years.

The present and expected economic climate may have prompted Apple’s latest move, despite the fact that sales of mid-range phones have never been outstanding. This might be true, but it also shows that despite widespread calls for a more compact smartphone with comparable processing capability, consumers were not willing to shell out serious cash for such a product. In his most recent report, Ben Sin, a colleague of mine, elaborated on this by saying that the only reason this sort of product exists is because the United States doesn’t face much challenge from smartphone makers in Asia, who prefer to offer outstanding lower cost smartphone models.