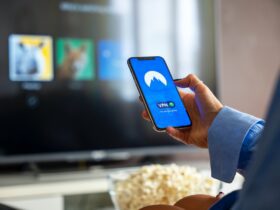 Apple TV is on Its Way to Android Phones

Let’s face it: being a driver can be tough. But it would definitely be tougher without Waze running in your car. The famous navigation app that provides real-time traffic updates, alerts for accidents, construction, and other incidents, as well as routing options to help users avoid traffic and reach their destinations efficiently, is testing a new feature.

According to Geektime and as spotted by The Verge, Waze is testing the “red roads” feature, which consists in alerting drivers that they’ve arrived on a dangerous road that’s prone to accidents. In other words, if the road you’re driving on has a bad reputation for accidents, the app will know it, and it will be diligent and careful enough to share the information with you.

Gaining the right information from the Waze community data

In order to figure out that a specific road can be dangerous for the driver, as it has a history of car accidents occurring there, the app will harness its Waze community data. Except for an alert, you will also see the high-risk roads painted red on the map as soon as the new feature arrives for everyone, as you’ve probably already guessed.

If you have access to the beta release, a pop-up will tell you the following: “using reports from drivers and your route, you may see alerts for ‘History of crashes’ on some roads.”

Many people find Waze to be a useful tool for navigating unfamiliar areas or avoiding traffic congestion on their daily commute. According to data from Sensor Tower, Waze was the ninth most popular navigation app in the world in terms of downloads in 2020, with over 100 million installs. The app is particularly popular in the United States, where it has a strong user base.

The new “red roads” feature is currently in a beta version of the Waze app, which means that we’ll surely find out more soon enough.