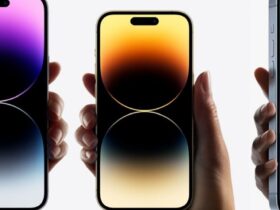 iPhone 14 Plus: Apple May Change the Game By Taking Serious Measures

Wondering what are the best games for your Windows PC right now? We have come up with quite the list that will be useful if you recently got a new desktop computer or have some Steam gift cards waiting to be used!

While there are many fantastic games you can play, here are just a few cool titles across a range of genres and pricing ranges that you won’t want to miss out on.

In this game, which is a sleek speed-based first-person game, you play a neon demon hunter competing for a chance to enter heaven. The story is also set in the afterlife, making things even more interesting!

Neon White is a peculiar tale with strong anime influences that might teach you a lesson or two. The game costs $25.

The universe of the Lands Between in Elden Ring is thick and deep with intriguing people, stunning aesthetics, and enigmatic mythology. It is also a fantastic RPG that got the Game of the Year Award.

Besides that, Elden Ring offers a unique open world, allowing you to take on as much or as little as you choose. The game is $60 on Steam.

Metal: Hellsinger is a fantastic first-person shooter that has quick-fire action set to the rhythm of heavy metal music (any fans out there?). In the game, you can shoot your weapons and cut your sword to the beat of the song, and with every combat, you have with demons and ghouls in its little venues, metal music has your back!

Vampire Survivors is a surprising hell survival game with an incredible amount of complexity hidden behind it. The only way to play this game is to navigate around the screen using the analog stick to evade waves upon waves of opponents while having your weapons discharge automatically at certain intervals. How cool!

Vampire Survivors is only $5 on Steam!

How hard could it be to play a group of young counselors at a summer camp where some eerie and bloody murders and disappearances take place? In the dramatic narrative game The Quarry, you can get all of that and more.

The plot develops based on your conversation decisions and the quick-time events you achieve or fail at, much like Until Dawn or The Dark Pictures Anthology series.