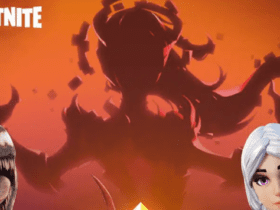 Researchers have argued for years over whether dinosaurs had warm vs. cold blood, like contemporary birds & mammals. To have an idea of what dinos were and how busy they had been, we need to know if they were warm- and otherwise cold-blooded, but the techniques for determining this—the rate at which their metabolic activity converted oxygen towards energy—were unclear.

For the first time, experts have come up with a novel technique for determining the metabolic processes of extinct dinosaur species based on evidence found in the bones of the creatures themselves, which reveal how much they inhaled in their last moments of existence.

Our ability to turn the oxygen we inhale into the biochemical power that powers our bodies determines how simple it is for us to maintain our ideal weight.

A fossil’s materials are examined to identify the temps at which they formed, and this information is used by researchers. Extinct creatures’ biochemistry is to be studied using this innovative technique, which was groundbreaking when it was first introduced.

Newer methods presented by scientists don’t take into account the minerals in dinosaur bones or how rapidly they developed. Instead, they focus on one of the core fundamental aspects of metabolism: the utilization of oxygen.

The researchers discovered that the metabolic activity of dinosaurs was surprisingly high. Some of the lizard-hipped creatures, including Stegosaurus & Triceratops, had metabolisms similar to those of today’s cold-blooded creatures.

For example, Velociraptor & T. rex, as well as the sauropod creatures, such as Brachiosaurus, seem to have been warm or perhaps even hot-blooded dinosaurs since they had a bird-like stance.

These results are in line with those of other studies that indicated similar patterns but lacked concrete proof due to the absence of a suitable indirect proxy for estimating metabolism. According to the experts, these results might provide us with a whole new perspective on dinosaur life.

The findings were published in Nature.