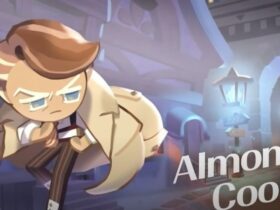 One of the top games that are going to be released this year is Avalanche Software’s heavily hyped Hogwarts Legacy. Taking place in the magical Wizarding World, the game will fulfill the childhood fantasies of every Harry Potter fan by letting them enroll at Hogwarts and experience life as one of the many beloved characters from the record-breaking series.

Hogwarts Legacy is an immersive, open-world action RPG. Now you can take control of the action and be at the center of your own adventure in the wizarding world.

You have arrived at the correct spot if you have been thinking about attending Hogwarts but are still confused about what exactly an education in magical arts comprises. All the information you want on Hogwarts Legacy may be found here.

When the game is released on PC and consoles of the current generation on February 13, a number of different Hogwarts Legacy versions will be available to purchase. As a pre-order incentive, purchasers of the Standard Edition will get an Onyx Hippogriff Mount in addition to their copy of the game. Additionally, the pre-order bonus for the Felix Felicis potion recipe will be included in the PlayStation 5 Standard Edition, in addition to a unique quest called “The Haunted Hogsmeade Shop quest.”

In addition to the bonuses that are included in the Deluxe Edition, the Hogwarts Legacy Collector’s Edition will include even more exclusive content. The title’s ultimate edition will come with a model of a hovering magic wand that is life-size and has a book as its foundation, as well as a steel case and the Kelpie Robe cosmetic download content.

Hogwarts Legacy was first unveiled at the September 2020 PlayStation 5 Showcase, although the game was rumored to be in development. The video game was initially scheduled to be released on personal computers (PCs), PlayStation 5, PlayStation 4, Xbox Series X & S, as well as Xbox One, and Nintendo Switch in the year 2021. However, the release date was initially pushed back to 2022, and then it was further pushed back to February 10, 2023. The release date of the game for the PlayStation 4 and Xbox One has been pushed back to April 4, 2023. This was not the final delay that was announced for owners of consoles from previous generations. On July 25, 2023, the Nintendo Switch edition will be the final one to be made available to consumers.

In addition, the Hogwarts Legacy game for PlayStation 5 will have support for Activity Cards and Game Help features, as well as two display settings called Fidelity and Performance. These display modes will aim for a 4K resolution and a gameplay rate of 60 frames per second, respectively.

Although Hogwarts Legacy may be played on a wide range of computer setups, the requirements for playing the game, both the bare minimum and the recommended settings, are significantly greater than would be anticipated given that it is a cross-generational game. Even though the game is compatible with HDDs, using a solid-state drive (SSD) is strongly suggested to cut down on load times and provide a smoother overall experience. Upscaling methods such as AMD FSR and NVIDIA DLSS will be enabled, such as the newest version of DLSS, version 3.0, which RTX 40xx card owners may employ to get even higher performance out of their graphics cards.

The Wizarding World will serve as the backdrop for the upcoming single-player, open-world role-playing game Hogwarts Legacy. Due to the fact that the game takes place in the late 1800s, a full century before the events depicted in the Harry Potter book series, players shouldn’t expect to run into too many recognizable characters, with the exception of ghosts such as Nearly Headless Nick, Peeves, and Professor Cuthbert Binns. After escaping an unidentified calamity, the player’s character will continue their education at Hogwarts for the fifth year under their full control in this unique narrative. Players will have the ability to give their character a transgender identity.

Late admission has been given to this student because they are connected to old magic that has the potential to assist the school in putting down the goblin uprising headed by Ranrok and the Dark wizard Victor Rookwood. Both groups are looking for magic that wizards are attempting to keep a secret because if it were to go into the wrong hands, it may spell the end of the Wizarding World. J.K. Rowling, the author of the Harry Potter series, is not actively engaged in the process of generating the scenario for the video game since the developer is only utilizing her work as a basis.

Fans of Harry Potter shouldn’t go into Hogwarts Legacy expecting to see the characters they’ve grown to like over the course of the series, but the atmosphere of the institution will undoubtedly seem very familiar to them. After the players have created their character, which can be modified in a number of different ways. Players will also be able to choose a mentor to help them along their path. The more you get to know the pupils, the more advantages you will reap from the relationship. Not only will they be teach you new things, but they will also be able to accompany you on your journeys as companions.

The many combat difficulties and riddles in the game may be approached in a variety of various ways by players. You will have lots of strong alternatives to choose from in Hogwarts Legacy, whether you choose to confront your foes head-on or eliminate them one at a time in a stealthy manner. However, various strategies will be necessary depending on the circumstances you find yourself in. You have a lot of leeway in Hogwarts Legacy to choose how you want to spend your life as a wizard, so if the dark arts are more your style, you are free to pursue that route. Hogwarts Legacy is quite flexible in this regard. The game will also provide a substantial challenge, since every gameplay demonstration that was published prior to the launch was completed at the default level of difficulty by a seasoned player.

However, dueling will make up just a tiny portion of what Hogwarts Legacy has to offer witches and wizards who are just starting out in their careers. Players will have access to the full of Hogwarts, including all of the recognizable areas from the films. This includes the common rooms for each of the four houses. Hogsmeade and the surrounding towns are teeming with non-player characters and side tasks for students to perform while they aren’t in class or doing homework.

Exploring the magnificent landscape of Hogwarts Legacy will be just as exciting as taking down adversaries and solving a variety of puzzles with your magic spells, thanks to the many modes of transportation that are accessible, such as brooms and magical creatures like hippogriffs. Quidditch won’t be playable, but there will be challenges, including flying on broomsticks and racing against other players on broomsticks.

The customization choices in Hogwarts Legacy will not be restricted to the player’s main character. Instead, the game will include the Room of Requirement, which is the primary living area and may be completely personalized with a variety of aesthetic customization options. In addition, it will be able to add things to the Chamber of Requirement, like as a potion station, gardens, and other features, in order to transform it into something more than simply a lovely room to check out every so often. In addition to being accessible via the Room of Requirement, the Vivarium will also be a location where your character will have the opportunity to interact with rescued animals. Features that are Unique to the PlayStation 5

Hogwarts Legacy will provide players with an experience that is more immersive by making full use of the elements that are unique to the PlayStation 5. Haptic feedback will also make each spell feel distinct, isolating all of the effects to the right side of the controller to imitate the main character holding their wand in their right hand. This allows for greater versatility in battle, which is made possible by the DualSense adaptable triggers. A large number of additional in-game actions, such as flying about or crushing components for potions, will each have their own unique haptic feedback, which will further enhance the feeling of immersion. When casting a spell, the DualSense controller light will flash, and when you are not engaged in battle, the light will shine with the color associated with your chosen House. It is possible that these functions will also be accessible on PC when using a DualSense controller, as is the case with other games.