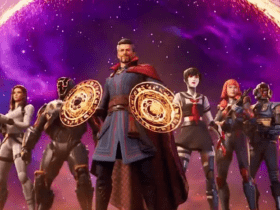 Photographs captured by satellite and made available by NASA’s Earth Observatory show an underwater volcano in the process of exploding.

There is a cloud of discolored seawater rising from the underwater volcano, as shown in this picture obtained by Landsat 9’s Operational Land Imager 2 from May 14. A high-def picture of our world will be captured by the robot.

According to NASA, this same Solomon Islands’ Kavachi volcano site is one of the Pacific’s greatest dynamic undersea volcanoes. An island named Vangunu is around 15 miles away from the eruption. Two shark varieties were found in the Kavachi crater in 2015, prompting the nickname “Sharkano.” This discovery suggests that massive marine creatures may survive in severe environments such as scorching, acidic waters.

Scientists were able to identify many kinds of fish that made their home in the active volcano, including the scalloped hammerhead as well as the silky shark. In order to see into Kavachi’s crater, the researchers used a 164-foot-deep baited drop camera (50 meters).

NASA reports that the volcano is active practically nonstop and that it often emits steam and ash into the atmosphere. Rejo te Kvachi, meaning “Kavachi’s Oven,” is the nickname of a sea deity of the Gatokae as well as the Vangunu peoples who inhabit the surrounding island.

NASA’s Earth Observatory strives to support both teachers and learners today but also provides for their needs in the future. The images that are presented are the most current, most accurate, and the most accessible in the world. The information that is generated from NASA’s Earth Observatories are being used in classrooms around the globe to help teach environmental sciences and is being used by researchers from all over the world. The importance of this resource should not go unnoticed as it is just a glimpse at what is possible when we work together to make learning easier for everyone.