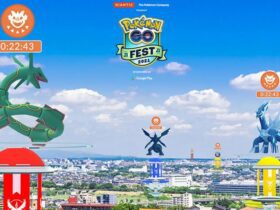 Two new trailers of the upcoming Dragon Ball Super: Super Hero movie are now available online, creating a lot of speculations among the fans about the plot. Characters of the past, as well as new ones, can be seen in the teasers.

The Z fighters now have a pretty strange mission compared to the past. After a long time, they’ll need to rely less on Goku and Vegeta to get rid of the major foes. Gohan and Piccolo will be under the spotlight this time, as they’ll have a hard time battling the new androids created by the Red Ribbon Army, Gamma 1 and Gamma 2.

What will Frieza’s role be in the new movie?

Frieza kept receiving a lot of attention from the writers in Dragon Ball Super, which is clearly something that the fans were craving. Once again, the evil tyrant will be back in business in the Dragon Ball Super: Super Hero movie and nobody seems to have any idea at this point about what his role will be. One of the new trailers confirms Frieza’s arrival, and you can see it below:

Frieza has never been up to no good, and we can’t expect him to change for the upcoming movie. Even if he helped the Z fighters during the Tournament of Power and battled for the survival of the entire Universe, we must not think even for a moment that he can become one of the good guys.

Judging by Frieza’s brief appearance in the trailer, some fans might speculate that he may only appear in some flashbacks. However, our bet is that the writers wouldn’t put Frieza in a trailer unless he’ll once again be willing to give the Z warriors a lot of headaches.

As for the rest of the trailer, it doesn’t disappoint one bit. For the first time ever, we can see teenage Goten and Trunks in battle as they’re both firing some energy waves. It will be exciting to see what their role will be, and we’re assuming that they’ll have some contribution when it comes to taking down the biggest threat. We can also see Broly charging up, Goku and Vegeta getting ready to fight, Majin Buu in his classic state of sleeping, and more. Seeing Broly once again is something we already knew about, and he’ll probably be recruited to help the others take down the new androids.

Is Gohan getting a new form?

The other new Dragon Ball Super: Super Hero trailer focuses on Gohan and Piccolo, and Goku’s son is shown very implicated in his battle against the androids. We can see him pumping up his muscles and charging his power level. Once again, the animation seems flawless:

It’s unclear if Gohan is just using his old Ultimate form that unlocks his potential, or a new transformation. It could only be the first variant, and the animation was a bit improved, so that’s why he’s shown to have those blue thunders around his body. However, only time will tell for sure.

Piccolo, on the other hand, is indeed going through a new transformation that changes his skin color. We can see how his skin is shining like never before, which is a pretty new concept in Dragon Ball. We can also see the Namekian as he fires his Special Beam Cannon, one of his most powerful techniques. These are clear hints that Piccolo is going all out against the new foes.

Even Pan seems like she’s ready to fight in the new movie, judging by the trailer, although it’s highly unlikely that she’ll really be introduced in any battles.