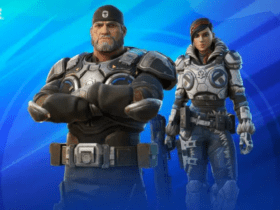 Disney Plus will soon please fans with a new season of Marvel’s “Loki.”

The series’ first season came to an end this July. However, it seems that its creators got more to give as the story has more to give.

Tom Hiddleston is the star of the series. In the six episodes of the first season, he portrayed the God of Mischief.

The first season left fans with more questions than they hoped to get.

Loki and Sylvie met He Who remains. Prior to that, they reached the ominous Citadel at the End of Time. These all took place during the events of the finale, which means that a lot of action was condensed in a limited time.

Sylvie was sent away by Loki to the Time Variance Authority HQ after she kissed him.

However, that scene appeared to be pointing towards another timeline, where the versions of hunter B-15 and Agent Mobius knew nothing about him.

Sylvie managed to kill He Who Remains by unleashing the power of the Multiverse without too much of a hassle.

As per the second season, Hiddleston explained in an interview with Empire Magazine that he doesn’t think Loki will stop searching for Sylvie soon.

He feels that this is something he has done, a mistake that he has made, and he is invested in setting it right”, as reported by Screen Rant.

Kate Herron, the director of the series, said in an interview with Deadline:

“I always planned to be just on for this, and to be honest, season two was not in the — that is something that just came out, and I am so excited. I am really happy to watch it as a fan next season, but I just think I am proud of what we did here and I have given it all”.

Fortnite Discord Quests: How to Sign Up & Get the Rewards?