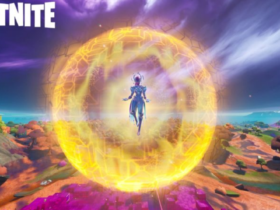 Fortnite Chapter 3 Has Been Leaked – What to Expect?

Tom Hanks had an incredible Holywood career and has won awards for outstanding performances. For his role in Forrest Gump and Philadelphia, he earned an Academy Award. Tom won four Golden Globes, seven Emmys, and two Screen Actors Guild Awards.

Read down below for more information about Tom Hanks.

He Was Chosen As the Worst Actor and Worst Supporting Actor.

The event seeks to recognize and celebrate the movies and performances that attracted us for all the wrong reasons. Also, Hanks scored three mentions in the 2022 list for two separate projects.

The Worst Supporting Actor was for his role as Colonel Tom Parker in Elvis, where he played the King of Rock and Roll’s conniving agent and manager. Meanwhile, the Worst Actor nomination is for Disney’s Pinocchio, where he played the role of Geppetto in the remake of the story.

Tom Hanks will be up against Gun Kelly for his role in Good Mourning, Pete Davidson for Marmaduke, Sylvester Stallone for Samaritan, and Jared Leto for Morbius for that award.

Disney’s Pinocchio also has earned nominations for Worst Remake and Worst Screenplay. The third worst nomination that the actor made this year is Razzie Award for the Worst Screen Couple. It was between Hankd and Austin Butler. The Netflix movie Blonde, about Marilyn Monroe, received the highest number of nominations with eight. Machine Gun Kelly’s Good Mourning had seven.

Thomas Jeffrey Hanks was born in Concord, California. He is known for his comedic and dramatic roles and is one of the most famous film stars worldwide. Hanks made his breakthrough in comedy films that received media attention, like Splash in 1984, The Money Pit in 1986, A League of Their Own in 1992, and Big in 1988.

Stay tuned for more information about your favorite actors.