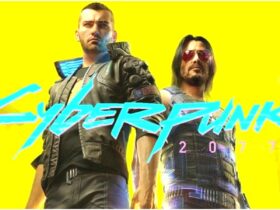 A recent discovery of a meteorite rock found in the desert sands of Algeria intrigues researchers. Apparently, the lost piece could be a part of a baby planet that didn’t survive.

As per researchers’ analysis, the meteorite, dubbed Erg Chech 002, is older than our planet. It also formed volcanically, meaning it could have once been part of a protoplanet.

A team of scientists led by geochemist Jean-Alix Barrat from the University of Western Brittany in France investigated the case of the newly discovered rock.Â

According to their analysis, EC 002 is a volcanic rock (andesite) and is ancient. More in-depth observations showed intriguing details about the radioactive decay of isotopes of magnesium and aluminium.

“[the meteorite] is the oldest magmatic rock analysed to date and sheds light on the formation of the primordial crusts that covered the oldest protoplanets.”

Andesitic crustal fragments are scarce in the meteorite record and the asteroid belt. That lead to a long-lasting mystery: where did all the differentiated protoplanets go?

The protoplanets could have been incorporated into more giant rocky planets or just pulverised. There’s even the chance that EC 002 and its protoplanetary neighbours help build our planet from a bit of denser matter in the dust cloud that orbited the much-younger Sun.Â

One thing is for sure: EC 002 represents a fantastic occasion to sharpen our understanding of how Earth emerged from the dust.

Researchers discovered EC 002 back in May 2020 in the Erg Chech sand sea in Algeria. It weighs 32kg (70 pounds) and has a volcanic texture, with pyroxene crystal inclusions.