Everything You Should Know About Nature-based Solutions to Climate Change

ALMA (the Atacama Large Millimeter/submillimeter Array) offers new data about the most ancient galaxy of its kind ever observed. By the looks of it, things look a bit complicated. Researchers, however, think otherwise.

This discovery is essential to solving long-standing questions like, ‘How and when did spiral galaxies form?’

Thanks to ALMA, researchers discovered an ancient galaxy with a spiral morphology by just 1.4 billion years after the Big Bang. But that’s not all. This finding could reveal many details about the way Universe unfolds.

A team of researchers from SOKENDAI and the National Astronomical Observatory of Japan spotted a galaxy dubbed BRI 1335-0417 in the ALMA Science Archive. Previous data reveals that this ancient galaxy lived 12.4 billion years ago, and it comprised a vast amount of dust, obscuring the starlight.

That made things pretty challenging, especially examing the galaxy in detail with visible light. ALMA, however, is capable of incredible things, including detecting radio emissions from carbon ions in galaxies.

Takafumi Tsukui is a graduate student at SOKENDAI. He released a statement discussing the importance of the ancient galaxy:

“I was excited because I had never seen such clear evidence of a rotating disk, spiral structure, and centralized mass structure in a distant galaxy in any previous literature.” 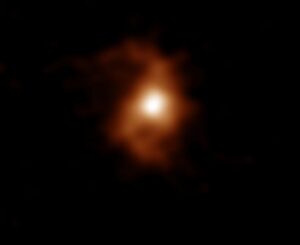 The team found an incredible spiral structure stretching 15,000 light-years from the centre of the galaxy, which is one-third of the size of our galaxy. But, as intriguing as this ancient galaxy could be, it’s also shrouded in mystery.

Usually, the galaxies that comprise vast amounts of dust and actively generate stars in the ancient Universe are believed to be the ancestors of the massive elliptical galaxies that exist nowadays. The chances for BRI 1335-0417 to turn into an elliptical galaxy are pretty low but is not impossible.


One thing is sure, this galaxy will play a significant role in the study of galaxy shape evolution over the rich history of the Universe. 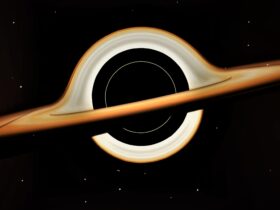