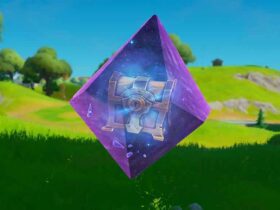 Venus has created quite the buzz recently, due to one chemical element that keeps puzzling scientists’ work.Â

Phosphine was detected on Venus back in 2017, but it wasn’t announced until last year. Many papers are trying to debunk or support the claim. What’s there to believe?Â

With new data and theories, scientists are ready to explore more possibilities.Â

Why is Phosphine so Important?

Well, what would phosphine be without a catchy story?! Back in 2017, a team of astronomers used two mighty instruments at different times.Â

They detected a chemical dubbed phosphine signature in Venus’ atmosphere using the JCMT (the James Clerk Maxwell Telescope) and the ALMA (the Atacama Large Millimeter/submillimeter Array).

Phosphine was estimated to be 20 parts/billion.

Road to speculations and scrutiny

As fascinating as the detection was, the existence of a microbial origin sparked a lot of speculation, followed by many scrutinies from scientists. Why so?

The reasons are somehow dull, meaning that scientists treated the discovery with a bit of hate, while others made some harsh accusations.

First, a team of scientists examined the historical Venus data and discovered that the Pioneer probe actually detected phosphine in 1978. You can imagine how much this news stirred up the rumour and hate mill.

However, that finding has not been yet officially accepted.

Another claim, also not reviewed, doesn’t support the phosphine detection at all. It states that the scientists had discovered the amino acid glycine instead of phosphine.Â

But, as mentioned above, that claim is not accepted yet.

Finally, other scientists believe that the phosphine amount is actually lower, 1 to 4 parts/billion or 5 to 10 parts/billion.Â 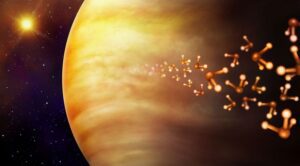 Phosphine is Still Hot News For a Bigger Reason

With such claims and beliefs is hard to ignore phosphine. More new papers reexamined everything (again) and aim now to bring justice to Venus.

The first paper suggests a spectral line at 266.94 gigahertz, but no notable signal after the reprocessing. Scientists discovered that sulphur dioxide could emerge in minimum 10 parts/billion and the ALMA telescope might not detect it.Â

As for the second paper, the scientists used previous data from decades of observations to simulate Venus’ atmosphere conditions. They also succeeded in concluding how sulphur dioxide and phosphine would act.Â

The results include a 266.94 gigahertz signal at approximately 80 kilometres in altitude, meaning that phosphine would not survive long.Â

On the other hand, the sulphur dioxide would last longer, as per the new observations.

Even if the new papers support only partly the phosphine on Venus, there are still many things to figure out. And we know how stubborn scientists could be when it comes to reviewing or accepting different claims.

So, take a step back and enjoy the “show” because the phosphine case continues. We’ll soon learn whatever the truth is, and it will indeed teach us something new about the Universe.