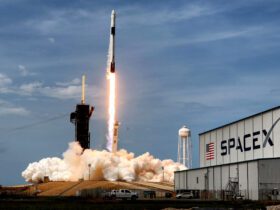 Everyone has heard of The Sopranos — the gangster drama that spiced up a lot of fan theories. The new prequel trailer seems to confirm one of these theories about Tony.

The prequel is called The Many Saints of Newark and it is bound to tell us a lot more about Tony Soprano and his youth years. But the trailer was enough to confirm one of the theories.

The Sopranos was very popular during its seasons back in the 2000s, and it is a show about Tony, a New Jersey gangster. He was played by James Gandolfini, and he tells the story of a gangster’s personal and crime life. Tony was a great character, but a very dysfunctional one. We learn about his relationship with his toxic mother, Livia, who was mean, manipulative, ungrateful, and, overall, the victim of her own life. Eventually, he started looking for women who resembled his mother. In the prequel, we will learn more about a younger Livia. In the new show, she looks very similar to Tony’s wife, Carmela. Everything she does is way too similar to Carmela, and we might start to understand more about Tony’s life. You know, besides the fact that he was a womanizer, chasing emotionally unavailable women.

The Sopranos is a classic, full of philosophy and psychology matters. Characters would try to understand their sufferings, and they would struggle a lot to understand their behaviour. Figuring out your life is not easy, and for them, it was even harder. The Many Saints of Newark is bound to show a lot more — the truth about all of the most popular theories on the internet, as well.