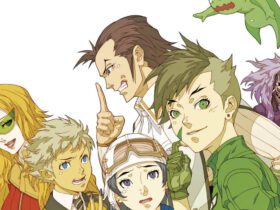 OnePlus introduced a new Nord smartphone lineup via an event in June in the shape of the Nord CE 5G.

The device is somewhere below the first Nord, meaning that it is also below the OnePlus 9 flagship series.

Let’s see what makes the phones look similar and what differentiates them.

The OnePlus Nord CE 5G packs an all-plastic look with a pill-shaped rear camera enclosure in the top left corner of the device. The great news is that it still features a 3.5 mm headphone jack at its bottom, a very rare feature nowadays.

There is a sole punch-hole camera in the top left corner of the device.

The display sits flush. No official IP rating is available for the device.

It can be purchased in three colour options.

On the other hand, the OnePlus 9, has a glass rear, though its frame is still plastic, and it has a more consistent rectangular camera housing on the backside.

It has a total of three cameras. Two of the trio are bigger and are surrounded by a metal frame, enhancing the design and making it look more attractive.

On the smartphone’s front, the display is just as flush as on the Nord CE 5G, and it is also equipped with a punch-hole camera in the top left corner.

The OnePlus 9 comes equipped with an alert slider, which is excellent, and the Nord CE 5G doesn’t have it, but there is a trade-off – it doesn’t feature a 3.5mm headphone jack.

In terms of displays, both devices have impressive specifications.

It has an aspect ratio of 20:9, making it useful in numerous conditions.

Meanwhile, the OnePlus 9 has a somewhat larger screen, at 6.55-inches.

It also features a full HD+ resolution like the Nord CE 5G, producing a pixel density of 402ppi, which means that they are very close. However, it can output video at 120Hz, making a difference in certain situations where video quality is imperative.

However, there are some critical differences between the two devices in terms of charging.

The OnePlus 9, however, has a more complicated Snapdragon 888processor under its hood, which performs above average for most people.

We suggest giving each device a shot. That way you will know best which one is right for you.