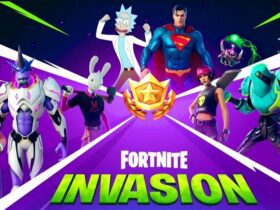 Rubber Ducks Challenge in Fortnite Season 7 – Where to Place Them

It’s physically impossible to be a gamer and not have heard about Sonic the Hedgehog. The light-speed fast cute little hedgehog has appeared in 31 main games along with its glorious history. The first one was released over 30 years ago, in 1991, and it was simply called Sonic the Hedgehog.

Sonic Origins is a nice collection of some of the best games involving the legendary hedgehog. We’re only a week away from its release, as Sonic Origins will arrive for Nintendo Switch, PlayStation 5, PlayStation 4, Xbox One, Xbox Series X and Series S, and Windows PC in June 23.

A new video from the official “Sonic the Hedgehog” YouTube video explains more about Sonic Origins:

The upcoming game already has a Steam page, where it’s being described as follows:

You can already pre-order the game from the gaming platform. The Standard version costs 39.99 euros, while the Digital Deluxe version costs 44.99 euros.

Surprisingly enough, you will still need a pretty good hardware configuration on your PC if you’re willing to play Sonic Origins. The recommended configuration sounds like this: an Intel Core i5-4570 (3.2 GHz) or AMD Ryzen 3 1300X (3.4 GHz) processor, 8GB of RAM, and an NVIDIA GeForce GTX 770 (2 GB) or AMD Radeon R9 280 (3 GB) graphics card. Windows 10 is also the minimum supported operating system, which cannot come as a surprise for anyone. Windows 7 has kicked the bucket since Microsoft doesn’t offer support anymore since early 2020. However, you can still use Windows 7 without Microsoft’s support and many other huge disadvantages.