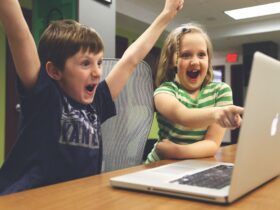 While we know for sure that Google Pixel Watch is finally on its way to the world, according to the tech behemoth itself, there is still a lot of info to uncover about the upcoming device. The world will likely find out more of its specs this fall when the gadget comes out.

Smartwatches are already among the most popular wearables worldwide, and their popularity has surely increased in recent years. It’s now time for Google to show its contribution in the field, as its new device was teased during the I/O 2022.

According to 9to5Google, at least seven bands will be available for Google’s upcoming Pixel Watch. One of the options was already shown in May, which will be the default.

A Milanese-style band is another component of the future smartwatch, and it features a woven stainless steel mesh. The clasp will be magnetic. A link bracelet will also be present on some units of Google’s upcoming smartwatch, and it will feature a solid metal structure. There will also be leather, fabric, and stretch bands for the Pixel Watch.

As you can easily conclude from the video presentation, Google’s upcoming smartwatch will have a relatively simple design.

The smartwatch features stainless steel and customizable bands that can attach seamlessly. The device will run on the WearOS, which is an operating system built by Google itself. However, the UI of the operating system will be improved, as it will have smarter notifications and more fluid navigations. Interacting with the Google Pixel Watch won’t be a problem, whether you’ll do it by tapping or activating voice commands using the virtual assistant.

The Google Pixel Watch also carries the Google Maps app, so users will easily get directions without needing to bring out the phone.