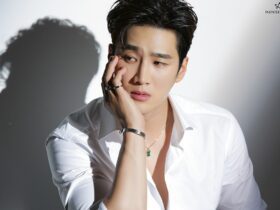 It appears that the climate crisis has boosted that travel, kickstarting the allergy season in various areas of the world, thus making them last longer and get increasingly severe.

Over the past few decades, increased temperatures provoked by climate change resulted in a growth of the pollen season span by 20 days per year.

The increase in pollen is harmful in many ways for humans, as it causes respiratory problems for individuals who are allergic, but there is another concern that often goes overlooked.

New research in southeast Germany discovered how pollen is carried in a warming world changes according to weather patterns and atmospheric circulation, possibly spreading pollen to new areas and exposing individuals to various allergens that their immune systems can’t ward off.

The study analyzed Bavaria’s state in Germany and used six pollen monitoring stations in the region to analyze seven kinds of flowering plants.

Between 1987 and 2017, the authors discovered various species, like alder trees and hazel shrubs, have extended their flowering season by up to two days yearly, adding an extra 60 days to the pollen season in Bavaria in that time. Over the same period, other species of plants started flowering and releasing their pollen 0.5 days earlier each year.