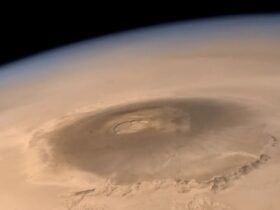 As Coronavirus makes a comeback in China, the nation’s president has suggested that his priority this time is to limit the indirect harm to the country’s massive economy.

As per President Xi Jinping, China must aim for maximal preventive measures and management at the lowest possible cost, while also minimizing the epidemic’s effect on social and economic growth.
Xi’s comments might be seen as an implicit acknowledgment of the effect of China’s zero-Covid policy and rigorous lockdowns on the globe’s second-biggest economy. Moreover, at a critical government session, China’s Vice Premier Liu He, stated that virus management should be synchronized with economic growth.

China is experiencing its most severe Covid epidemic since the first major breakout in Wuhan in spring 2020, and its primary priority remains on limiting a pandemic that other nations have come to terms with. Because the virus erupted once again throughout the nation earlier this month, officials have enforced strict controls to stem its spread. Lockdowns have been imposed on tens of millions of people in different ways. In numerous key industrial and technological centers, businesses were closed and mobility was limited. However, such stringent limits come at a cost.

Economists expect that widespread lockdowns will have a significant impact on China’s economy. Goldman Sachs experts predicted on Thursday that a 4-week shutdown of 30% of China might lower GDP by around 1%. Furthermore, Nomura experts expect that the zero-Covid approach would make it difficult for Beijing to meet its 5.5 percent GDP objective for 2022.

Concerns of a Covid problem fueled the largest sell-off in Chinese equities in more than a decade early this week, leading the government to intervene to calm investors and halt the decline. Even before Xi’s remarks on Thursday, there were signs that the Chinese administration no longer believes that limiting the epidemic would jeopardize economic stability.