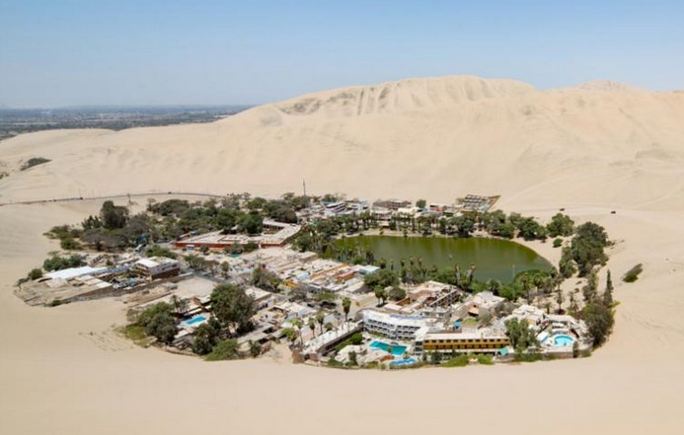 South America’s Natural Oasis: Why is So Special?

Not even all the money in the world will save you from death. Everybody dies, and in the end, there will be no trace of human beings on Earth. Our planet will become a total wasteland or even completely shattered, and the laws of nature don’t give a molecule if we like it or not. The good news is that there is likely a lot more time until that sad moment, meaning more time for us to reach all of our goals or to fail them one by one. But wait, maybe there’s more!

A new study that Live Science reveals speaks about what will happen in the next 5 billion years, as this number represents the maximum amount of time our star will live. After roughly a billion years from now, the Sun will significantly expand its volume due to consuming its fuel, becoming a red giant. You don’t need to be a genius to figure out what can happen next. The Sun’s wind will further annihilate our planet’s magnetic field, leaving the Earth widely exposed and vulnerable in the face of the deadly stellar radiation. All life forms that will eventually exist on Earth for that time will be eradicated.

Even if the human race and all species will become history after our Sun’s transformation, new life forms could start dwelling on Earth. The Sun will ultimately turn into a white dwarf and flicker for another few billion years.

The funny thing is, there’s a slight chance for Earth’s magnetic field to make it through the Sun’s increase in volume. To come to this conclusion, the researchers involved in the new study modelled the winds from 11 types of stars having masses up to seven times the one of our Sun. Therefore, as the Sun’s diameter expands, the density and speed of solar wind will fluctuate, expanding and contracting the magnetic fields from nearby planets. But there’s a way for a magnetic field of a planet to not be annihilated during the entire course of a star’s evolution: if that magnetic field is 100 times stronger than the one of Jupiter.

Dimitri Veras, the lead study author of the new study and an astrophysicist at the University of Warwick in the U.K., declared as quoted by Live Science:

This study demonstrates the difficulty of a planet maintaining its protective magnetosphere throughout the entirety of the giant branch phases of stellar evolution.

Some astronomers believe that white dwarf stars could also be hosting habitable planets, and one of the reasons is that the stars don’t create any solar winds. Therefore, life must have evolved after the end of the star’s violent red giant phase, which is a hint that something similar can theoretically happen to Earth.
We hope you found this article useful, just in case you had any plans for the next 5 billion years.

The new study was published in the journal Monthly Notices of the Royal Astronomical Society.