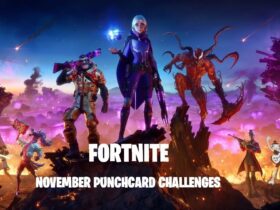 How to Complete Shadow Ops Punchcard Challenges in Fortnite Season 8

The monkeypox virus keeps the world alert, as a lot of related news has popped out recently. Some voices raised the possibility of airborne transmission of the viral disease, which automatically means that the condition might not be able to spread only through close contact as doctors initially knew.

With a growing number of reported cases of monkeypox in a few countries around the globe, there’s no wonder why experts are even raising awareness about a possible mutation of the virus that might happen at an alarming speed. Unfortunately, we’re not done with the bad news.

Rectal bleeding is among the new possible symptoms

According to livescience.com, the CDC now warns that many people who are infected with monkeypox in the US are presenting symptoms that weren’t known before to occur in cases of infection with the viral disease. Those symptoms include rashes in the area of their genitals and anus. For some of them, the rashes were even accompanied by rectal bleeding, painful inflammation of the proctitis, and more.

Any person, irrespective of gender identity or sexual orientation, can acquire and spread monkeypox. In this outbreak, however, many of the reported cases in the United States are among gay, bisexual, or other men who have sex with men (MSM).

However, even though there is a chance for a patient to die as a result of infection with monkeypox, such events are rare. Here’s what else the CDC has to say via its website:

The case fatality rate of monkeypox associated with the West African clade of monkeypox virus is 1%, and possibly is higher in immunocompromised individuals; no deaths have been reported globally from the current outbreak.

If you manifest any of the newer symptoms or the usual ones for monkeypox, such as fever, headaches, swollen lymph nodes, muscle aches, or others, the best thing to do is to call your doctor immediately.