As new research about future climate change models emerges, we learn that the Amazon forest could soon risk extreme drought.Â

Researchers warn us now that considerable parts in the eastern part of the Amazon will dry by the end of the century if we don’t control the carbon emissions.

The Amazon Forest’s Future is Bleak

A research team released a statement discussing how the Amazon forest will send large amounts of CO2 into the atmosphere if action is not taken to manage carbon emissions. And that’s not even the worst part.

The predicted Amazon droughts could also affect the biodiversity, water cycle, and population.Â

The team’s research includes the factors controlling a process called evapotranspiration – how the forests transfer water from the soil to the atmosphere.

“The Amazon is at risk from the twin threats of deforestation and climate change; […] this vital global resource must not be taken for granted,” explained Dr Jessica Baker of the University of Leeds’ School of Earth and Environment.Â 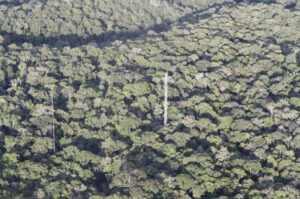 The Amazon basin comprises Earth’s biggest tropical rainforests. It also has a vital role in water cycles and global carbon. So, you can understand why we need to take action and curb carbon emissions.

For that, the recent research examined the results of 38 known Amazon climate models. The results are genuinely intriguing yet shocking.

The team found that only a third of the 38 models accurately reflected interactions between the land surface and atmosphere previously suggested by Amazon fieldwork.Â

So, using just that, uncertainty in rainfall variations over the whole Amazon basin was lowered by a half!

Researchers also found that dry season rainfall reductions in some Amazon parts could match the drying encountered in 2005 and 2010.Â

Back then, the droughts had huge impacts on Amazon communities, causing widespread tree mortality.Â

Raising awareness about Amazon’s current situation is only a start. We should also support the scientists’ work.