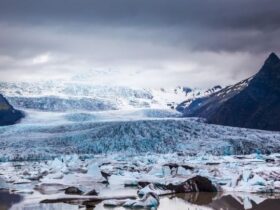 Tesla recently announced that it purchased $1.5 billion worth of bitcoin.

In a recent statement, the company claimed it bought the bitcoin for “more flexibility to diversify further and maximize returns on our cash.”

Tesla also added that it would begin accepting payments in bitcoin in exchange for its products “subject to applicable laws and initially on a limited basis.”

That is the first time in history when a significant automaker accepts payment in bitcoin. The vast amount of bitcoin it purchased will grant the company liquidity in the cryptocurrency after it begins accepting it for payments.

According to the company’s latest filing, Tesla had more than $19 billion in cash and equivalents at hand by the end of the past year.

The plan raises questions about the company CEO’s recent Tweets, where he received credit for boosting the prices of various cryptocurrencies like bitcoin and dogecoin by sharing encouraging messages for the masses to invest in crypto.

Two weeks earlier, Musk added the hashtag #bitcoin to his Twitter bio, a bold move that rapidly pushed up the price of bitcoin by nearly 20%. Only two days later, he stated on his social media chat site (Clubhouse):

“I do at this point think bitcoin is a good thing, and I am a supporter of bitcoin.”

Bitcoin prices jumped to amazingly new highs on Monday after Tesla’s move, nearing the price of $45,000. Tesla shares also increased by as much as 2% Monday morning.

Musk has a history of getting into trouble for his market-moving tweets, but it is unclear yet how that would affect his future after the crypto tweets.