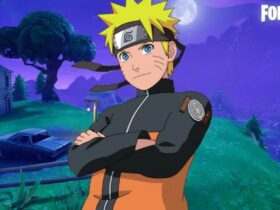 Elon Musk’s recent purchase of Twitter has undoubtedly attracted the attention of members of the public as well as members of the media, which has resulted in a significant increase in the number of tweets sent out each day. Although we believe that this action has definitely caused people to raise their eyebrows, there are some parties that are unhappy with the recent adjustments that have been made to the platform. Elon is considering developing his own mobile operating system and smartphone in the event that either Apple or Google choose to exclude Twitter from their mobile platforms.

Media personality Liz Wheeler tweeted on the possibility of a smartphone branded with either Twitter or Tesla in the event that Apple and Google made the decision to restrict access to the social media app or delete it from their respective app stores. She even tagged Musk, who promptly commented to the post and indicated that he would support the concept if he was in a position with no other options.

I certainly hope it does not come to that, but, yes, if there is no other choice, I will make an alternative phone

At this point, we are unable to think of any reasonable rationale for Google or Apple to prohibit Twitter, with the exception of the possibility that the platform violates the policies that are already in place. In addition, the idea is not an implausible one; nonetheless, however it will be at least a few years before a functioning prototype is developed.

On the other hand time, it would bring up the subject of which mobile operating system Tesla or Twitter would use in the future. They had the option of developing their own software from the ground up or basing it on the Android Open Source Project, similar to how Amazon developed their Fire OS.
In the event that the app is finally prohibited, users will still have choices available to them, including the development of new hardware. The application can still be installed on devices running Android; however, this cannot be done on iPhones operating iOS because Apple does not permit sideloading of applications from third-party developers. Twitter may still be accessed through a web browser, which brings us to our final and most important point.