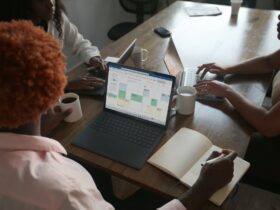 Finally, the Weeknd surprises his fans with a new tour that will be held in Europe. The Canadian singer announced European and Latin American dates for the After Hours Til Dawn tour. Next year’s dates will begin on Jun. 10 in Manchester, U.K. The time includes 21 cities and continues with another six dates in Latin America’s most popular destinations.

Do You Know What Happens With A Part Of The Money From The Tickets?

The Weeknd will again work with the U.N. World Food Programme to raise funds for the tour’s second leg for his X.O. Humanitarian Fund, which supports the global hunger crisis. The singer donated $500.000 after the North American leg of the stadium tour.

Also, the Weeknd’s partners from World Food Program USA contributed to this project. They donated the first grant of $2 million that provided emergency food and nutrition assistance to the food-insecure regions of Ethiopia.

“Abel is an inspiration to us all, and through his efforts, thousands of families will have food security and hope for a better future.”

The Weeknd’s charity brings hope to millions of people across the globe and prevents global hunger.

Find Out More About The European Tour

The After Hours Til Dawn tour includes the Weeknd’s 2020 album “After Hours” and his fifth album “Dawn FM,” which was released in January this year.

Tickets for the tour shows are on sale this Friday, Dec.2, at 12 p.m. local time. Also, fans who purchased tickets for 2022 can register for presale to the 2023 dates.

If you are interested in Latin regions, tickets for Columbia go on sale on Dec. 3 at 9 a.m. For the others, like Mexico, Brazil, Chile, and Argentina, the ticket starts on Dec. 8. On-sale information will be available soon for Argentina.

Stay tuned when the tickets are released, so you don’t miss the best concert!