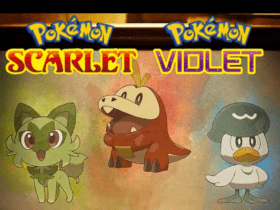 The Latest Pokemon Scarlet and Violet Leak Might Get You Upset

Tales of Symphonia Remastered debuts on Switch (and other platforms) on February 17, bringing the classic video game series back to a Nintendo device for the first time since its original release in 2007. Bandai Namco and Nintendo released a gameplay trailer ahead of that date to introduce novices and pique the interest of seasoned players in returning to a GameCube classic.

Check out below all the details on Tales of Symphonia Remastered’s official release.

On February 17, Tales of Symphonia Remastered will be released on Switch (along with other platforms), marking the game’s return to a Nintendo device. How cool is that?

Anyone who has played the 2003 GameCube original will recognize the new trailer is exactly what they’ve been waiting for. There are cool parts of gameplay, including town exploration and dungeon exploration, that look so incredible!

However, it makes sense that the action fighting in the game is the main focus of the video.

The Multi-Line Linear Motion Battle System is the type of combat we’re talking about, which places characters in a 3D environment (a first for Tales in 2003). It also allows them to move in different directions, towards different opponents, or simply just change their target in order to move in one direction and away from another enemy. Quite impressive, isn’t it?!

The Tales of Symphonia Remastered’s version of skills and equipment optimization are key. Still, you’ll also be able to utilize goods in battle and prepare recipes to benefit your squad and heal them after a fight.

The Unison Strike, though, is the game’s special mechanic that’ll really make a difference!

Fingers crossed that Symphonia will be just the first title in a long line of other potential Tales remasters. Of course, Bandai Namco still needs to confirm some stuff first, so it’s better to wait.