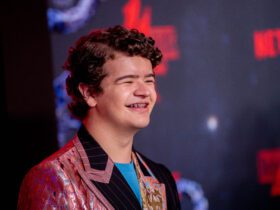 Gaten Matarazzo: The Truth Behind The Star’s Missing Teeth

After less than 4 years, Meta stops offering support for the original Quest headset, which is quite curious. According to an email received this week to a large number of Quest customers, the original Oculus Quest will stop getting new feature upgrades and will no longer have access to the company’s current social VR services.

Read the full story below and learn more about Meta’s decision.

No More Support For the Original Quest: What to Expect?

An email issued to a large number of Quest users this week states that the original Oculus Quest will cease getting new feature upgrades and lose access to the company’s current social VR services. What’s next?

The Quest was the first wireless headset with a complete six-degree-of-freedom head and a sleek hand-tracking introduced by Meta (formerly dubbed Oculus) less than four years ago.

Owners of the Quest headset will continue to be able to use the gadget and all of the applications, but they won’t be able to “make or join a party.” But, on March 5, the company announced that users would no longer have access to Horizon Home’s services. Quite a shame isn’t it?!

Additionally, Meta explained that it would no longer be “delivering new features” to Quest 1 at all. Instead of doing that, it will still be “continuing to offer important bug fixes and security patches until 2024.” So, practically we’re out, but we still get something, right?!

What caused such a decision?

Less than a month after John Carmack, a former CTO of Meta, announced his resignation from the firm because it was “running at half the effectiveness that would make me happy,” the initial Quest sunset announcement was made. So, it is pretty much the reason.