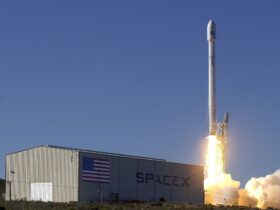 Over 5,000 species (cold-water corals) in the deep and dark regions of the world’s oceans are ready to be discovered. Cold-water corals can develop into huge-skyscraper-sized structures on the seabed dubbed “coral mounds.”Â

Ireland is considered now one of the countries with an impressive collection of cold-water corals.

Cold-water corals can be found in the northeast Atlantic, at the edge of the Irish continental layer. One of their striking features is that they can reach up to many kilometers long and over 100 meters in height.Â

Researchers have been examining the cold-water corals’ habitats for quite some time and have discovered how incredibly varied the mounds of fossilized sediment and coral are. Some have lots of dead coral on the surface, while others live corals.

This canyon is one of the biggest submarine canyons near Ireland’s continental mantle. The cold-water corals here varied so much that researchers considered this area very important.

To collect more data about it, researchers utilized the Irish Marine Institute’s deepwater submarine. They also succeeded in reaching habitats almost a kilometer underneath the surface.

For more intriguing details, you can watch the video below.

New data shows how cold-water corals are flourishing on an almost-vertical cliff close to the canyon. The currents there are fast, approximately over one meter/s, making it the biggest velocity ever detected in a cold-water coral habitat.

To produce 3D reconstructions of the habitats, researchers used videos shot by the submarine. They can further realize more in-depth observations to understand the currents’ influence and determine how corals will respond to the Earth’s harsh conditions in the long run.Â

Researchers decided to continue the monitoring for another year. More data should be available in the coming months.