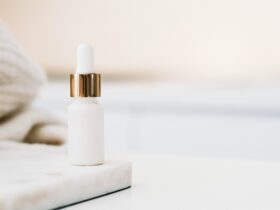 The world’s most famous football simulation game series will be back in business this September with FIFA 22. The upcoming game will hopefully be a lot better than its predecessor, as all clues point to such a scenario.

According to Euro Gamer, the Pro Clubs Mode for FIFA 22 will include something unseen before in the entire series: the possibility to create and play as a woman virtual pro.

Playing as women footballers in the FIFA series isn’t something entirely new. In previous games, the player can select an entire team of girls for international matches via the kick-off mode or even for FIFA Street matches in Volta mode.

Play as your favourite girl in FIFA 22!

Pro Clubs is the FIFA online mode that allows you to create a virtual player and use him as you wish in the pitch. For the new functionality, it’s obvious that you can bring your favourite female to compete in top football matches. She can be your girlfriend, wife, sister, mother, aunt, niece, grandmother, and so on. You’ll get to add her name in the game and customize the appearance so that it will look as similar as possible to reality.

Otherwise, there are plenty of new teams in FIFA 22, and here’s the list, according to Dexerto.com:

We’re not sure if EA wants to root for gender equality or it’s just willing to add more diversity for the FIFA series. Either way, we’ll be glad to see more ladies in FIFA 22.