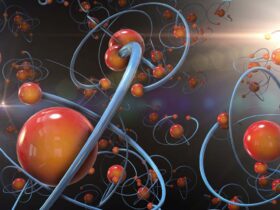 Seven asteroids are coming close to our planet this week, and one of them is the size of a skyscraper. The ‘wiseguy’ is named 2021 KT1, and it measures about 600 feet across. Furthermore, some scientists even believe that the biggest asteroid from the group could even measure 1,049 feet, which would make it comparable in size to the Chrysler Building from New York City.

The news about the asteroids’ approach is brought by CBSNews.com, and 2021 KT1 is classified as a ‘potentially hazardous object’ by NASA. Luckily enough, we’re entirely safe, as the huge asteroid has already zoomed past Earth within 4.6 million miles.

No reasons to worry

Despite its size and speed, the 2021 KT1 asteroid never was a serious threat to our planet.

Dr. Paul Chodas, who is the director of NASA’s Center for Near-Earth Object Studies, confirms it by saying:

It’s only ‘potentially hazardous’ in the long term. It has no chance of impacting Earth this week, or in fact any time within the next 2 centuries.

In fact, we have computed its future close approaches for the next 200 years and we know that it cannot impact Earth within that time, or probably ever.

As for any other asteroids approaching Earth, here’s what NASA’s Center for Near-Earth Object Studies has to say on the matter:

No one should be overly concerned about an Earth impact of an asteroid or comet,
The threat to any one person from auto accidents, disease, other natural disasters and a variety of other problems is much higher than the threat from NEOs.

Therefore, you’ll have to get worried about an impact with the 2021 KT1 asteroid only if, by some chances, you found out the secret for immortality and still be around after two hundred years.