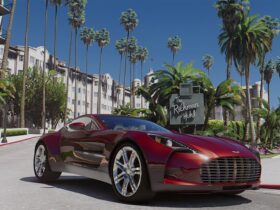 Searching for alien civilizations? Are you sure this isn’t the perfect scenario for an SF movie? Well, not at all. For the people enrolled in the Breakthrough Listen initiative is a non-stop job. This project has now made several attempts to find any signs of aliens via radio astronomy, and so far, they came across some intriguing stuff.

Recent activity, for example, focuses on a new approach that scientists find really useful: the best place to look for alien civilizations.

The Breakthrough Listen initiative, as previously mentioned, believes that if alien civilizations are really out there somewhere in the Universe, they have to emit sometimes radio signals, unintentionally or not. Most of the scientists’ work has mainly focused on discovering and observing stars with potentially habitable planets. The reason?

Apparently, as Earth emits radio signals, so those planets. With this in mind, the project is now focused on hunting for more ambitious aliens.Â

But how do scientists do that?

Looking at the centre of the Milky Way 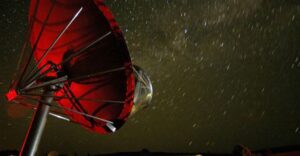 The Breakthrough Listen initiative has now started looking at the centre of the Milky Way. As per scientists’ calculations, the central region of our galaxy, where stars are incredibly clustered, is a fantastic place to listen to radio signals.

How did Breakthrough Listen come with this idea?Â

Imagine you’re a galaxy-spinning civilization and want to step up on the big scene of the Universe and make yourself heard. How can you do that?

By placing a loud radio transmitter close to the galaxy centre where everyone could really hear it. Quite astonishing, isn’t it?

That’s what Breakthrough Listen thinks, too, and is now checking it out.

Unfortunately, the team didn’t discover proof of a repeating alien signal, but we’re still on the right track. The new data was steady enough to show repeating signals with a period of around 10 hours.

The radio transients didn’t feature aliens talking, but they can help us understand some phenomenon, like the radio-bright magnetars.

The Breakthrough Listen project won’t stop here. There are still many years of incredible work and discoveries awaiting!