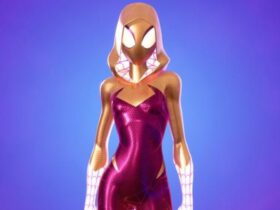 We live on Earth, which is a part of the larger solar system.

The solar system revolves around a central star of the milky Way Galaxy, which is also home to between 100 and 400 billion stars and only one galaxy!

A recent research paper got a team of astronomers speaking of a total of 44 completely new galaxies, each featuring a vast number of stars, moons, and planets.

The researchers analyzed data from numerous sources to search for previously undetected galaxies in the Fornax Cluster region.

The Fornax Cluster is a cluster of galaxies located at some 65 million light-years from Earth, and it was a massive source of galaxy discoveries over time.

In that case, data from numerous surveys and observational campaigns helped reveal the existence of 44 new galaxies, but they are nothing like the Milky Way.

There are numerous variations of galaxies in the universe. Spiral galaxies like our own are one type, and each version can come in numerous sizes. The new galaxies are called UCDs, or ultra-compact dwarf galaxies.

As their name may suggest, they are very compact, only approximately 200 light-years across.

In contrast, the Milky Way is believed to be approximately 100,000 light-years in diameter, plus/minus a few lifetimes.

As they are smaller in size, they also contain fewer stars. It’s believed that UCDs contain about 100 million stars, though that is still just an estimate.

The minuscule galaxies are a somewhat new discovery for scientists, as the very first UCDs were classified less than twenty years ago.

Also, they are challenging to spot in contrast to their larger, more impressive counterparts, which is part of why they may have been unrecognizable in data that was already studied.