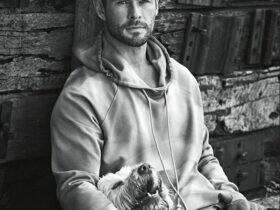 Scientists are perpetually searching for solutions to decrease our impact on Earth’s biosphere, and, as it’s such a vast and complicated subject, every little detail can have a significant impact.

Believe it or not, even the shape of pasta can have a say in that process, which is why scientists have developed flat-packed pasta that can be packaged and transported considerably more efficiently. The pasta then unfurls into the desired shape when it’s being cooked.

Food packaging is one of the main contributors to global garbage.

In the US, for example, food packaging and food waste produce nearly half of all solid consumer waste.

However, scientists figured out that flat-packed noodles may reduce pasta packaging by up to 60 per cent, thanks to the ability to eliminate all the air space resulted from various shapes of pasta, like spirals of fusilli and tubes of penne.

“The groove side expands less than the smooth side, leading the pasta to morph into shape.”

Also, the morphing process of the pasta is quite a spectacular sight. See for yourself:

Flat pasta also cooks faster than pre-shaped pasta, likely decreasing its cooking emissions. In addition, the researchers discovered that their pasta undergoes its transformation in between seven and 12 minutes of cooking, which is also the adequate time for cooking.

Lining Yao, a mechanical engineer of the Carnegie Mellon University, stated the following in an interview with Sarah Wells at Inverse:

“In principle, we anticipate this can be adapted to a variety of food that can swell in water, including food gels – like gelatin dessert, or Japanese wagashi – and other flour-based noodles.”

She is intrigued by the chance of producing more complex shapes, including decorative flower shapes for festivities.