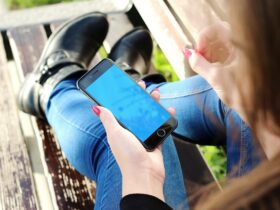 The new Samsung Wallet app was reported to be coming to Galaxy handsets during the summer of 2017. In the same way that you would keep goods in a physical wallet, such as credit and debit cards, loyalty cards, identification cards, and more, you will be able to store them all in this digital wallet that is supposed to serve as an all-in-one solution.

In 2015, when it was first introduced, Samsung Pay served as the main method for paying using a Galaxy phone at various retail establishments. It is now the mobile payment system that the corporation uses. It is now being succeeded by Samsung Wallet, which also adds additional features that were not previously accessible with Samsung Pay. Samsung Pay was the previous version of Samsung Wallet. But to be more specific, what are the key distinctions between Samsung Wallet and Samsung Pay?

The mobile payment system that is set up by default on Galaxy handsets is called Samsung Pay. It enables you to save all of your payment cards, including credit cards, debit cards, gift cards, and loyalty cards, in an one spot, so you don’t have to take the actual copies of these cards with you everywhere you go. It was first introduced in 2015, and since then, millions of people have adopted it as their payment method of choice. In fact, many individuals find it superior than widely utilized alternatives such as Google Pay.

Samsung Pay, in contrast to other mobile payment systems, is unable to handle additional goods that are traditionally carried in a wallet, such as identification documents and passports. As a result, Samsung Pay will never be able to completely replace your traditional wallet. Additionally, it is unable to save sensitive information such as passwords, addresses, or the data of autofill credit cards. Everything was stored on a separate software known as Samsung Pass.

When you attempt to keep track of everything, the fact that two separate programs are managing your most personal data is certain to create some friction in the process. Therefore, in order to make things a little bit simpler (and a lot more safe), Samsung integrated the two applications and created the new app known as Samsung Wallet.

You can get all of the capabilities of Samsung Pay and Samsung Pass combined into one convenient app with Samsung Wallet. That implies every one of your cards, passwords, addresses, and other information will be stored in a single location. In addition, a plethora of new functions have been included in the app, such as the capacity to store identification documents (IDs), passports, boarding cards, and vehicle keys, all of which are shielded by a biometric authentication system.

Aside from the typical features, there is also support for digital keys, which enables you to access a smart door lock by using Samsung Wallet. Additionally, you will be able to save your COVID-19 immunization card. The integration of Samsung Blockchain Wallet with Samsung Wallet allows you to more easily track and manage your bitcoin holdings. This way, you won’t ever be in the dark about how much your bitcoin, Ethereum, or any other digital currency is growing.

Magnetic Secure Transmission (MST) payments are not supported by Samsung Wallet, which is a significant limitation of the service. Seeing as how newer Galaxy devices only offer NFC for mobile payments, it makes perfect sense for Samsung Wallet to withdraw support for the functionality.

Overall, Samsung Wallet is the most flexible payment option for Galaxy devices; as a result, it has immediately replaced Samsung Pay as well as Samsung Pass. The application is often pre-installed on most Samsung Galaxy handsets.