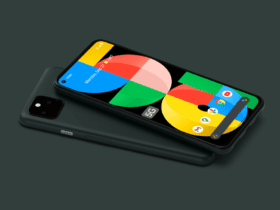 Spatial Audio with head tracking capability was first included in Android 13 and is now available on Google’s most current flagship handsets. The Pixel Buds Pro, Google’s top-tier TWS earbuds, have been verified to support Spatial Audio with head tracking, but a firmware update to activate the functionality has not yet been released. However, as we wait for Google to roll out the update, OnePlus has announced that its forthcoming Buds Pro 2 will be some of the first TWS earbuds to feature Android 13’s spatial audio functionality, and it may even come out ahead of the Pixel Buds Pro in this regard.

On February 7, OnePlus will release the OnePlus 11 and the OnePlus Buds Pro 2. Information regarding the company’s next flagship TWS earbuds has been made public in advance of the Cloud 11 launch event. The OnePlus Buds Pro 2 will implement Google’s trademark spatial audio capability created for Android 13, according to the company’s press release. Users would be able to enjoy spatial audio of the Buds Pro 2 to emulate the immersive multi-dimensional experience experienced in cinemas, a feature OnePlus apparently developed in collaboration with Google.

IMU sensors and a spatial rendering method will allegedly be included in the OnePlus Buds Pro 2. Details revealed at the China launch have confirmed that the earbuds would have six-axis motion sensors to allow head-tracking capability. The OnePlus Buds Pro 2 will have Fast Connect functionality in addition to Spatial Audio, enabling users to quickly and easily pair the earphones with supported devices with a single touch. Additionally, the earbuds will be compatible with Android’s audio-switching capability, letting users connect them to two devices at once and automatically switching between them.

We know the OnePlus Buds Pro 2 are much improved over their predecessors since OnePlus has already released them in China. The earbuds include a clever Adaptive Sounds Cancellation (ANC) system that can cancel out noise as loud as 48 decibels and a long battery life of up to 39 hours on a charge. The earbuds’ 11mm bass driver and 6mm treble/midrange driver are part of the upgraded dual-driver design.